While leaving a Christmas party in Orland Park, Illinois in December 2019, school teachers Rone Leja and Elizabeth Kosteck were struck by a 2016 Buick Regal in a parking lot. The high-impact collision caused Ms. Leja to suffer fatal injuries, and Ms. Kosteck to suffer serious injuries. The driver of the 2016 Buick Regal was a 73-year-old retired priest named Paul Burak. Mr. Burak was also a guest at the Christmas party. Mr. Burak had consumed alcohol that night, but he told partygoers he was ‘fine’ to drive. According to a prosecutor subsequent trial, Mr. Burak thought he backed into a curb when he struck the two women, before he drove away down a service road. A witness followed him in his car and requested that Mr. Burak return to the scene. Paul Burak is due in court again this month to face his punishment for striking and killing Rone Leja with his vehicle. The attorney for the Leja family spoke with the Chicago Sun Times, calling what happened to Leja a ‘senseless death’ that could have been easily prevented.

A hit and run is classified as an occurrence where a driver collides with another vehicle, object, or person, causing damage, then leaving the scene. While Paul Burak was under the influence of alcohol at the time of the collision, he was charged with both an aggravated DUI and leaving the scene of a collision. In several instances, hit and run accidents occur because a driver is under the influence of alcohol and drugs, however, this is not always the case. Hit and run accidents occur throughout the country at all times of the day regardless of whether a person is under the influence of alcohol or drugs. In 2016, the national rate of fatalities from hit and run collisions rose to an all-time high of 2,049. In Illinois, the total number of hit and run accidents climbed six percent from 2018 to 2019. While this increase cannot be specifically attributed to anything, the strong economy and lower gas prices have prompted more people to be on the road. 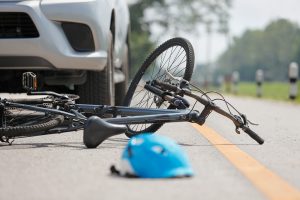 Illinois SB1636 discusses monetary compensation for hit and run collisions. Bodily injury or death to one person can result in compensation to the victim of up to $50,000. Bodily injury or death to two or more people can result in compensation to the victims of up to $100,000. Laws and bills differ state by state, with some focusing very specifically on hit and runs, accidents vs. malice, and other components of these dangerous actions. Regardless, anyone who strikes someone with a vehicle and leaves the scene can be subject to very serious punishment. For more information and statistics on hit and run claims, visit our hit and run page.

If you or a loved one have been involved in any kind of hit and run involving minor injury, serious injury, or death, contact the personal injury accident lawyers at the Law Firm of John J. Malm & Associates for more information about how you may be entitled to receive legal compensation for your injuries or losses.