After the accident, the truck driver stayed at the scene, but no charges were filed against him. However, he was suspended from work immediately following the fatal events of the morning. Mina and Srijan were taken to a nearby emergency room. Mina survived, with serious injuries, but Srijan was pronounced dead four hours later. 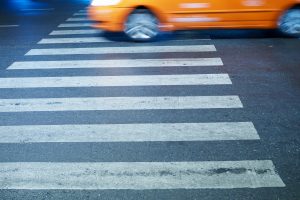 Following the collision, Transportation Alternatives Director Danny Harris has encouraged the city’s mayor to pass the Reckless Driver Accountability Act. On February 11, 2020, Harris got his wish. The city council passed the Act, which will crack down on the city’s ability to seize the vehicles of reckless motorists. The specific parameters of the Act are not clear, but news surrounding the Act indicates that motorists will suffer more serious punishments than the usual fine for all types of traffic tickets. While it is unclear whether this action was specifically prompted by Panthi’s death, three other pedestrians died in New York City in similar accidents that same week, just the first week of the new decade.

New York City just one city in a nation where pedestrian deaths have been growing exponentially throughout the past few years. While data has not yet been released to the public for 2019, there was a 3.4 percent increase in pedestrian deaths and a 6.3 percent increase in bicyclist deaths from 2017 to 2018 according to the United States Department of Transportation. In 2018 alone, more than 6,200 pedestrians died nationally, a 53 percent increase over the last decade. Pedestrian fatalities are not limited to those caused trucks, as they range between all types of vehicles including busses and cars. For more information on this, visit one of our previous blogs on CTA busses striking pedestrians.

As for Illinois, in November of 2019, State Senator Laura Murphy advanced Senate Bill 767, which would require that the Illinois Department of Transportation (IDOT) conduct studies to consider improvements on traffic control devices and overall traffic design improvements on state highways. This ranges between everything from the aforementioned unclear pedestrian crosswalk signs at traffic lights to biking lanes on busy streets. The bill has been sent to the House for deliberation.

Despite recent enhanced precautions regarding pedestrian and bicycle accidents, the numbers keep rising. The growing ignorance among drivers (which correlates with the rise of smart phone usage while driving) combined with unclear traffic directions has led to more deaths than ever before. For more information about these statistics and pedestrian accidents in generally, visit our pedestrian accident page. If you or a loved one has been struck by a vehicle, whether you are a pedestrian or on a bicycle, contact the Illinois personal injury accident lawyers at the Law Firm of John J. Malm & Associates for more information about how you may be entitled to receive legal compensation for your injuries.