According to the National Highway Traffic Safety Administration (NHTSA), traffic fatalities have risen since the beginning of the COVD-19 pandemic. The NHTSA estimated that 42,915 people died in motor vehicle accidents in 2021, an increase of 10.5% from 2020.

END_OF_DOCUMENT_TOKEN_TO_BE_REPLACED

Every vehicle has experienced the occasional rock or road debris striking their windshield. While the resulting damage is usually minor and covered by auto insurance, what happens when you encounter a dangerous road hazard such as fallen semi-truck cargo? If the cargo in a commercial truck is not properly loaded or secured, the cargo can shift in transit, causing the driver to lose control and tip over. Falling cargo can act as a projectile and penetrate the windshield of a trailing vehicle resulting in serious bodily injury or even death.

According to AAA, over a period of three years, more than 200,000 accidents were caused by falling debris. Approximately 25,000 crashes and 80-90 deaths occur in the United States each year. Traveling at a high rate of speed increases the risk of cargo falling from vehicles but decreases other drivers’ ability to react to hazards created by the airborne debris or debris on the roadway. More than one-third of all deaths reported in the study occurred when a driver swerved to avoid the falling debris. Overcorrecting at the last minute to avoid debris also increased a driver’s risk of losing control of their vehicle and making a bad situation even worse.

END_OF_DOCUMENT_TOKEN_TO_BE_REPLACED

While leaving a Christmas party in Orland Park, Illinois in December 2019, school teachers Rone Leja and Elizabeth Kosteck were struck by a 2016 Buick Regal in a parking lot. The high-impact collision caused Ms. Leja to suffer fatal injuries, and Ms. Kosteck to suffer serious injuries. The driver of the 2016 Buick Regal was a 73-year-old retired priest named Paul Burak. Mr. Burak was also a guest at the Christmas party. Mr. Burak had consumed alcohol that night, but he told partygoers he was ‘fine’ to drive. According to a prosecutor subsequent trial, Mr. Burak thought he backed into a curb when he struck the two women, before he drove away down a service road. A witness followed him in his car and requested that Mr. Burak return to the scene. Paul Burak is due in court again this month to face his punishment for striking and killing Rone Leja with his vehicle. The attorney for the Leja family spoke with the Chicago Sun Times, calling what happened to Leja a ‘senseless death’ that could have been easily prevented. END_OF_DOCUMENT_TOKEN_TO_BE_REPLACED

END_OF_DOCUMENT_TOKEN_TO_BE_REPLACED

In November of 2019, Alexandra Mansonet was on her way to work at a New Jersey non-profit at around 8:30 a.m., when she smashed into the back of a parked Toyota Corolla. The Corolla subsequently shot forward and struck a pedestrian, Yuwen Wang, which sent her flying into the air. Ms. Wang had just said goodbye to her husband for the day as she went out for her morning walk. Following the collision, she was transported to the hospital and died several days later. Ms. Mansonet told police that she looked up to see the Corolla right in front of her as she was driving. She admitted that she was texting and driving at the time of the collision.

The prosecution equated the crime of her distracted driving with that of someone who had been drinking and driving. People seemingly check their phones and send text messages while driving all the time, but according to Cambridge Mobile Telematics, distracted driving can actually be more dangerous than drunk driving. Drunk drivers need about four more feet added to their stopping reaction time than non-distracted sober drivers. However, a distracted sober driver (for example, someone who is texting) needs about 70 more feet to look up and realize what is going on. END_OF_DOCUMENT_TOKEN_TO_BE_REPLACED

After the accident, the truck driver stayed at the scene, but no charges were filed against him. However, he was suspended from work immediately following the fatal events of the morning. Mina and Srijan were taken to a nearby emergency room. Mina survived, with serious injuries, but Srijan was pronounced dead four hours later. END_OF_DOCUMENT_TOKEN_TO_BE_REPLACED 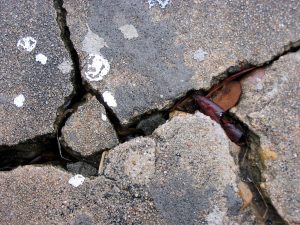 “Whether a height variance between two sidewalk slabs is de minimis depends on all of the pertinent facts, and there is no simple standard to separate de minimis defects from actionable ones. St. Martin v. First Hospitality Group, Inc., 2014 IL App (2d) 130505 ¶14 (quoting Arvidson v. City of Elmhurst, 11 Ill. 2d 601, 604 (1957)). Illinois has held that, although a displacement of two inches in a residential area is actionable, a variation of only 1 1/8 inches is de minimis. Id. However, the de minimis rule’s application depends upon multiple factors, such as heavy foot traffic, distractions, and congestion. Id. at ¶ 19. END_OF_DOCUMENT_TOKEN_TO_BE_REPLACED

The fatal accident occurred as Ms. Herzberg was walking her bicycle across the street. The street she was crossing did not have a crosswalk and the speed limit was 45 miles-per-hour. At the time of impact, Uber’s car was going about 40 miles-per-hour. Initially, the driver of the Uber vehicle, stated that Ms. Herzberg “darted” out in front of the Uber vehicle and as a result, the driver was not able to stop the vehicle in time to avoid hitting her. However, video from the accident, which contains both interior and exterior views, shows that Ms. Herzberg was more than halfway across the road at the time of impact and that driver at the wheel of the Uber was looking down and not looking at the road at the time of the accident. END_OF_DOCUMENT_TOKEN_TO_BE_REPLACED

Every year, thousands of people across the country are injured in car accidents with semi-trucks. In 2014, famed comedian and actor Tracy Morgan was severely injured, and his friend was killed, when a semi-truck rear-ended the limousine they were passengers in. The truck driver stated that he had been awake for more than 28 hours straight when his semi-truck rear-ended the limousine. The truck driver told officials that he had spent 12 hours driving his own vehicle from his home in Georgia to pick up his semi-truck in at a Walmart facility in Delaware. A spokesperson for Walmart stated that the company did not believe the semi-truck driver violated any federal safety regulations. The semi-truck driver later pled guilty to vehicular homicide and four counts of aggravated assault. The estate of the friend that was killed, James “Jimmy Mack” McNair, received a $10 million settlement with Walmart. Tracy Morgan also received an undisclosed amount in a settlement with Walmart. END_OF_DOCUMENT_TOKEN_TO_BE_REPLACED